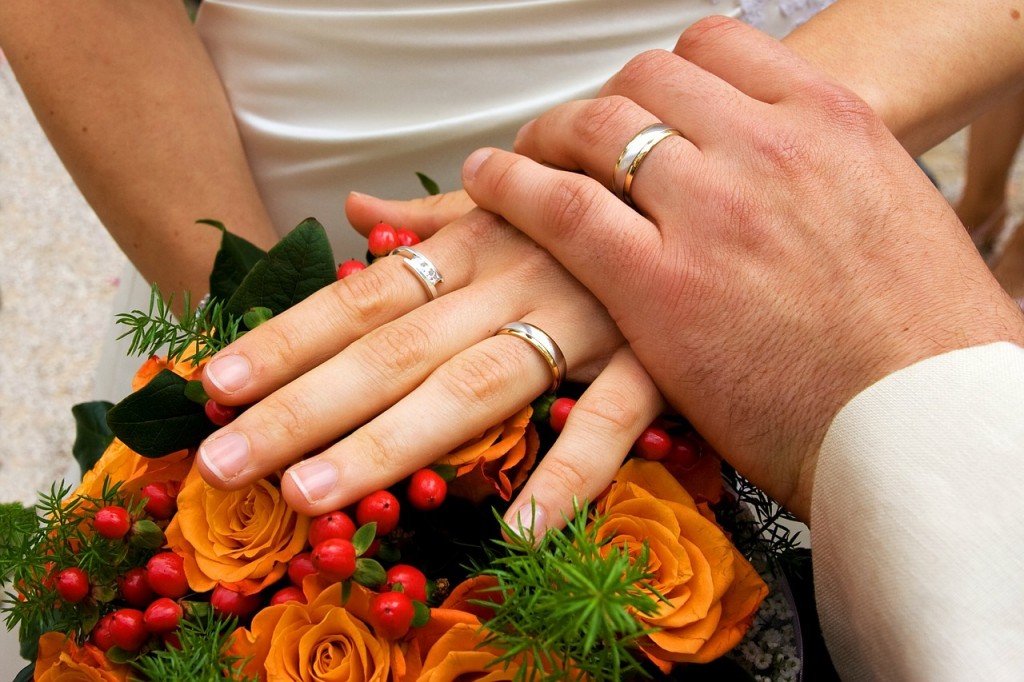 Wedding is the most beautiful and the brightest celebration to every lover.  The celebration of marriage, marking the new stage of life, takes place in different parts of the World. However, depending on culture and religion, the customs as well as traditions vary greatly. Every nation has its own peculiarities; for instance, in Norway the newlyweds put on light blue underwear, as it is believed that this deed frightens away the devils!

Perhaps, you thought that light blue clothes hiding under the wedding outfit is just a reflection of youngsters’ notion. Definitely not! Both this and other traditions about which we will let you know later, in Norway tend to be passed between generations.

For example, the couples who want to get married as in ancient times put on bunad (Norwegian plural: bunader) which is national and incredibly luxury gala dress. Bunad itself is an extremely luxury and trim outfit, decorated with glorious ornamentation and silver. Indeed, nowadays the newlyweds not only put on bunad: the bride often wears white or silver dress and the bridegroom chooses black dinner-jacket.

During the wedding ceremony the newlyweds are mainly followed by two girls. In ancient times the wedding ceremony was not generally held without the tendance of children! Just because of them the high cake with marzipan is a must in wedding banquet. However, such a dainty attracts not only the youngest guests but also grown-up relatives of the newlyweds. After the couple has exchanged with the round golden and silver rings, symbolizing endless love, everybody heads to the wedding banquet in order to taste the cake and other goodies.

Norwegians invite only the closest friends and relatives to the wedding banquet. Essentially, the guests start gathering before the ceremony begins. They are offered delicious snacks, cold beer and convenient accommodation. So, the guests are given the opportunity to get known each other and communicate on the threshold of the wedding. This is the reason why it feels much cosier to everybody to sit at the same table. By the way, the table itself is covered with all the gifts for the newlyweds and the guests bask in happiness of the couple.

The wedding customs in Norway makes it obvious that communication plays a vital role there. Undoubtedly, the guests are not left suffering from hunger, but the food as well as drinks is not considered the main priority. During the dinner guests are served with different meals every 30-60 minutes. When the breaks start, the parents of the newlyweds propose a toast. However, the toasts of Norwegians are short advices, wishes and giving thanks. Each of them takes around 15 minutes. It is attempted to keep the guests interested, not yawning or looking around to see if another meal is about to be served.

The party did not get quiet yet, but it is time for the newlyweds to head to their first night apartment. The place where they stay remains unknown for the rest of the people, as friends of the bridegroom are more than eager to serve a trick.

These are the fun customs of wedding in Norway. Have you ever participated in such a wedding and have positive impressions on it?