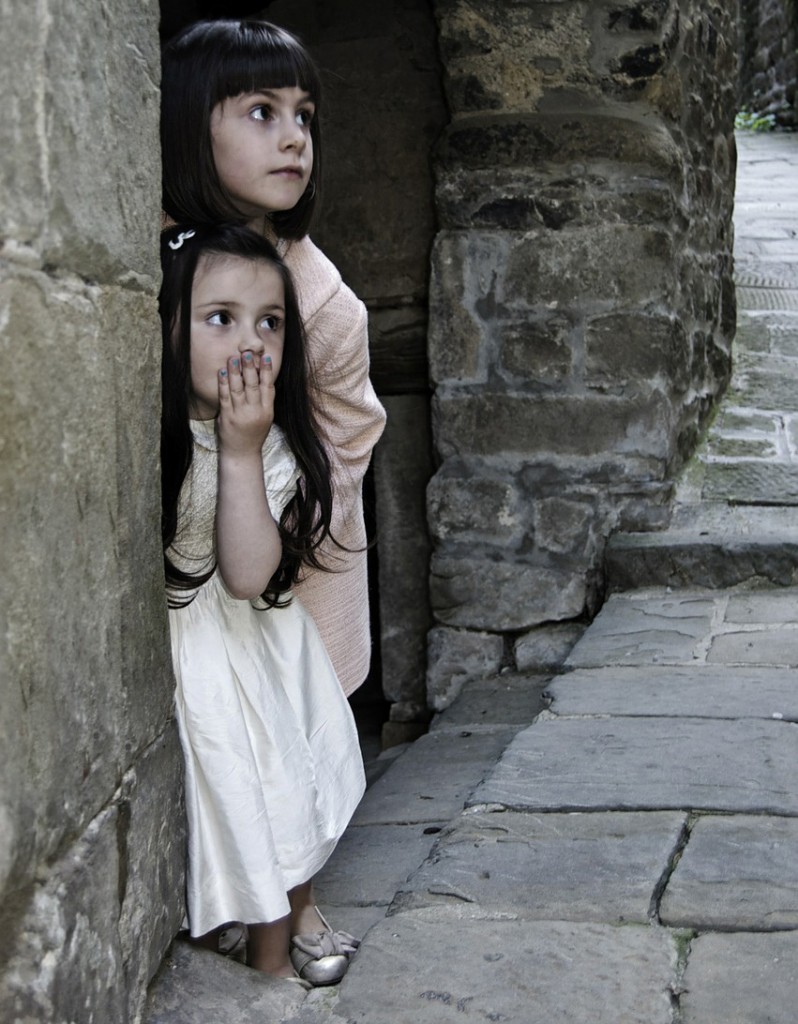 8th of October was the day when the mass media spotted a new mind-blowing affair. It tells a story of 12-year-old Norwegian girl named Thea who is currently preparing for her own wedding. Surprisingly, it is more than just a girlish dream. It is about to happen in a foggy Norway. The groomsman is 37-year-old Norwegian man named Geir who is nearly twice taller than his future wife.

“Hello, my name is Thea. I am 12 years old and am about to get married in a month!”. You can find this post written in Norwegian in Thea‘s blog: http://theasbryllup.blogg.no/. At the same place a young bride reveals all the details of preparation for the most important day of her life. She explains what cake, bouquet she has chosen and what dress she will be wearing during the wedding etc. Thea‘s blog is also full of pictures of her and Geir and reflect the future plans of their family.

The wave of outraging emotions arose very soon after the blog was created. On the Internet people created a real hell‘s kitchen, discussing the issue lively and passionately. The parents of Thea were judged and the girl herself was encouraged to think about what she is doing in order to change her decision. The Child Rights Protection services started investigating the case very soon. However, the society lost its interest in this after it was proven to be a social provocation. Initially, it was aimed to remind the society that everyday around 39 000 preteen girls are forced to marry much older men than themselves.

Preteen brides are tolerated in different countries and cultures of the world. In over 50 developing countries a veil covering a young girl‘s face is seen as a daily routine. India, Yemen, Afghanistan are the leaders in such terrific weddings. By the way, Indians at least force their children to marry a partner of her age. At the same time, the girls of 10-11 years old marry old bachelors or widowers who are 40 or over.

I guess that the thought on your mind is: „It is considered paedophile!“. Yes, you are right. The intercourse between a preteen girl and an adult is called so. However, the human nature is held over everything and hiding under the title of everlasting true, forgetting the bride‘s actual age. The truth is that sometimes parents require a groomsman to wait until his wife‘s puberty. However, after the wedding most men start having “memory problems” and forget that they agreed to wait for their wives to reach puberty. This is why 12-13 years old girls in Africa already raise children. Unfortunately, some of them die together with their moms and sometimes get to see their other little brothers or sisters.

Dear reader, I can now imagine you raising a question of ‚what parents think and why they behave so? There are a few reasons:

The ‚caring‘ parents don‘t realise that early marriage deprives from childhood which is the purest period of every girl‘s life. Not to mention the duties of wife for which preteens‘ body is not even ready. Involuntary intercourse and early pregnancy affect both physical and mental health of this group.

Such a cruel reality perfectly reveals the story of Norwegian girl named Thea. I am glad about such a social initiative which shocks and induces to open eyes in front of millions of girls whose childhood was deprived by perverted men.